This is a timely addition to the annals of air flight presented to OE members who attended the chapter’s annual dinner. 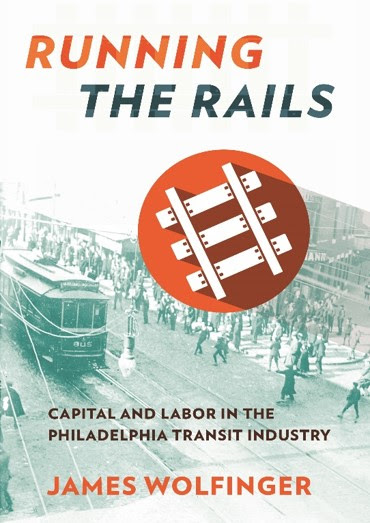 Philadelphia exploded in violence in 1910. The general strike that year claimed the lives of some two dozen people and made Philadelphia a prominent point in the tumultuous national conflict over workers’ rights. That strike was a notable point, but not a unique one, in the history of Philadelphia’s transit system. In this presentation, author James Wolfinger recounts the history of Philadelphia’s sprawling public transportation system to explore how labor relations shifted from the 1880s to the 1960s. As transit workers adapted to fast-paced technological innovation to keep the city’s people and commerce on the move, they also had to challenge management to secure their rights. Raw violence, welfare capitalism, race-baiting, and smear campaigns against unions were among the strategies managers used to control the company’s labor force and enhance corporate profits, often at the expense of the workers’ and the city’s well-being. Although public service workers and their unions come under frequent attack for being a “special interest” or a hindrance to the smooth functioning of society, Running the Rails presents a different, historically grounded, way of thinking about the people who keep their cities running.

Who knew it took so many different materials, machines and processes to produce the pencil?. This article vividly captures the process in words and pictures, depicting people and production at General Pencil Company in Jersey City. 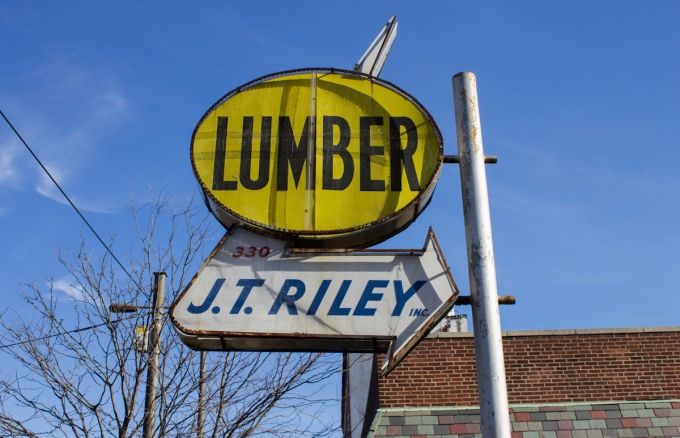 OSCAR BEISERT has a piece on the HIdden City website on the loss of industrial character of Northern Liberties by the proposed redevelopment of the JT Lumber yard. The article also discusses a number of 19th century lumber businesses and their interconnections.

I thank OE member Marc Zaharchuk for bringing the changes at the yard location to my attention.

For more information on the industrial establishments in Northern Liberties see the chapter in Workshop of the World featured here on this website.

Originally written in the 1990s by Dave Orr and Roy Goodman, it was updated by Torben Jenk in 2007. He briefly mentions the lumber yard.

The long-term weather forecast is in, and Friday the 19th looks good: well above freezing with little or no precipitation. If you’ve been considering going to the Oliver Evans Chapter SIA annual dinner at the Desmond Hotel in Malvern that evening, but were worried about conditions, you’ve been granted a reprieve by the weather and by the hotel. They have agreed to extend our registration deadline until the end of the day Wednesday, January 17. So get your registration to Larry DeYoung and don’t miss the exceptional program by Roger Thorne about aviation archeology at the pioneering Paoli-Main Line Airport (which was directly adjacent to the hotel where we’re having the dinner). The hotel will even accept last-minute registrations, so you can e-mail Larry at larry.deyoung@mac.com or call him at (610) 293-9098 and leave a message. Please also let him know if you will need a ride from the Malvern train station. The dinner is $50 per person, all inclusive (except for the cash—truly CASH—bar, no credit cards).

Hog Island is the historic name of an area southeast of Tinicum Township along the Delaware River, to the west of the mouth of the Schuylkill River. Philadelphia International Airport now sits on the land that was once Hog Island. In 1917, as part of the World War I effort, the US goverment contracted American International Shipbuilding to build ships and a shipyard at Hog Island. The project transformed a swampy bog to the world’s largest shipyard in just 10 months. The shipyard produced 122 transport ship in four years (1917 – 1921), and then vanished back into the mud. None of the ships were ready in time to participate in World War I, but many of them were involved in World War II. This presentation examines the growth and demise of the facility, as well as the environmental scars that were left behind.

Jim Rubillo is a retired college dean, professor and non-profit CEO. He is a well-travelled speaker having presented over 800 talks, at least one in every state and Canadian province. Jim has an intense interest in local history and now serves on the board of the Old York Road Historical Society. As a child, he played in the ruins of the Hog Island Shipyard.

You can park in the Circle, closer to the FWWIC

Registration: E-mail names and phone numbers of members and guests to

Posted on January 3, 2018 by Muriel K, Veep Other News and Events

Bridges are some of the world’s most magnificent marvels of engineering, connecting cities and even countries. But bridges have also featured some of the most innovative design. According to a Transportation Research Board Special Report on the Potential Impacts of Climate Change on U.S. Transportation, many bridges are often designed to withstand storms that have a probability of occurring only once or twice every 100 years. And then there are some bridges—the ones that  curl, tilt or even shoot water—that are simply cool. Click through the slideshow to see the world’s most unusual (and amazing) bridges.