After decades of work, a sign designer’s dream is finally coming true.

The article outlines the long career of Philadelphia Len Davidson whose interests led him to collect and create neon signs.
https://billypenn.com/2019/08/11/the-neon-museum-of-philadelphia-has-found-a-permanent-home/

Friday, January 15th the will be a virtual opening of the museum from 7-8:30. This link takes you to further information on the event and a link to join the zoom meeting.

Posted on December 15, 2020 by Muriel K, Veep Other News and Events, Uncategorized

Join the SIA for the sixth session of IA Online Wednesday, December 16 at 2 p.m. Eastern (US & Canada):

Kevin Coffee – “Industrial Lowell and the dawn of the Anthropocene”

Join us on Zoom:

Talks are roughly 10-15 minutes each, with 5 minutes of Q&A for each presenter. The end of the session is reserved for additional questions and discussion.

If you haven’t used Zoom before, don’t worry. You’ll be prompted to download the software or join via your web browser when you follow the link above. The host will provide a brief orientation to Zoom at the beginning of the session

Also note the sessions will be recorded so they can be viewed at a later date. 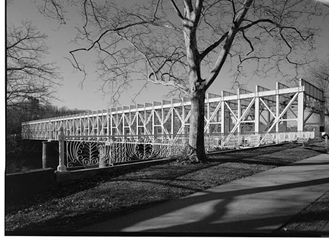 “The Falls Bridge: History and Structure”

The 1895 Falls Bridge over the Schuylkill River, which connects the river drives, is much beloved by admirers of bridges everywhere. It will soon undergo major renovation. Justin Spivey is a preservation engineer with special expertise and interest in the Schuylkill River bridges. Please join us via Zoom to hear him speak about this iconic structure, and find out what makes is a Pratt through truss design, and more.

Access to the program will be made available through a link on the  EFHS website:  eastfallshistoricalsociety.org. It will be posted the day before the talk on December 8th.  The program is free.

From the Wagner Free Institute 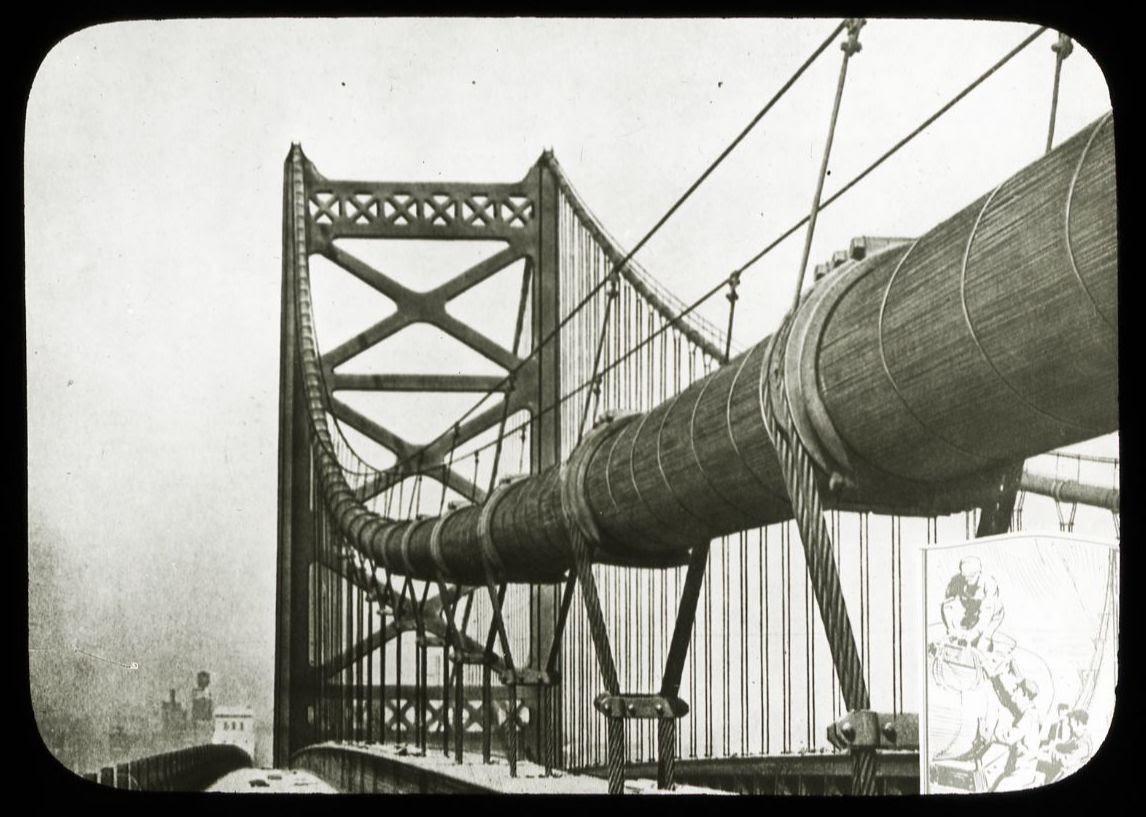 This year, view digitized glass lantern slides from the collections of:

Tour beautiful Philadelphia gardens such as Laverock Hill (shown above) and learn about garden photography; see parades, flying horses, and windmills with the Doering family in turn-of-the-century Philadelphia; explore European cities in the 1930s through the lens of Devere Allen, a journalist, publisher, pacifist, and prominent Socialist Party member; and learn about civil engineering through the Wagner’s images of late 19th to early 20th century bridges and tunnels.

From large scale industry to small town makers, over the years This Old House has explored the places that provide building and finishing materials for our projects. We look back at some fascinating factories we’ve visited.

A recent program of the show featured several interesting tours. The complexity and intricacy of the machinery involved in the production of the materials is striking. One of the operations is in Pennsylvania.

A walking tour on the hidden history of Roebling’s bricks, where they were made, and what the different brick patterns mean.

Even though they are everywhere in Roebling, you probably haven’t thought too much about the bricks that were used to build the houses, sidewalks, and buildings throughout the village.
With the help of community historian Pierre Lacombe, Roebling Museum is offering a guided walking tour to share the hidden history of these bricks and the local brick-making industry centered in Burlington County, NJ. You’ll never look at bricks and the different brick patterns used around town the same way again!

Here is information on the Roebling Museum. The  buildings are closed but directions are available on this page. Click on the map to get a Google map.
https://www.roeblingmuseum.org/visit

The walking tour is free. Here is the link to register for the event .

Posted on April 10, 2020 by Muriel K, Veep Other News and Events, Uncategorized

This program will be presented by the National Museum of Industrial History on its Facebook page. You do not have to create or have an account to watch this. Just click on the Facebook page below and look under Videos.

During the 1918 influenza pandemic, Pittsburgh was the worst-hit city in the western world, not just America. The story comes down to the industrial history of the city and the way heavy industry affected the Steel City’s politics, health, and role during World War One. Jim Higgins joins us again as he recounts information he presented on Smithsonian Channel’s “America’s Hidden Stories.”

James Higgins earned his doctorate at Lehigh University. His work focuses on the history of American medicine, with an especial focus on influenza and typhoid. He has lectured in America and Europe, published numerous scholarly papers, and his first book, a brief history of medicine and disease in Pennsylvania will be published by Temple University Press in conjunction with the Pennsylvania Historical Association in late-2020.

Get the full list of virtual programming at
nmih.org/virtualmuseum

Phillip Adams is a local artist who has created several murals on Philadelphia Industrial history. They are located in neighborhoods formerly heavy in industrial production. The mural featured in this article  is rich with connections to the Baldwin Park neighborhood.
https://www.baldwinparkphilly.org/new-mural-in-the-neighborhood

Adams created this mural as part of his Industrious Light series about Philadelphia’s industrial history. His others art works can be seen in this link. Don’t miss clicking on the Industrious Spirits image further down the page under INDUSTRIOUS LIGHT PROJECTS. It shows a much more spirited image of the mural.
https://www.muralarts.org/artworks/industrious-light/

Below is a rich website on the history of the neighborhood bounded by North to Spring Garden Street, South to Vine Street, East to Broad, West to Schuylkill River.
https://www.baldwinparkphilly.org/history

Congratulations to the Friends of Matthias Baldwin Park. The mural will be dedicated November 14th at 6 pm, location: 417 N 20th Street.

Cost: $15 for members of sponsoring organizations and guests. $20 for all others.

ALL TICKETS MUST BE PURCHASED IN ADVANCE ON LINE. NO PAYMENT AT DOOR

Using the Wagner’s vintage glass lantern slide projector Martha will present a program featuring 19th-C views of Philadelphia by famed photographer William H. Rau, (January 19, 1855 – November 19, 1920).  Born in Philadelphia, at the age of 13, he started doing photographic work for his future father-in-law, William Bell, a medical and survey photographer for the federal government. In 1874, with Bell’s recommendation, Rau joined an expedition to Chatham Island in the South Pacific to photograph the Transit of Venus. After returning, Rau worked for the Centennial Photographic Company, the official photographers of Philadelphia’s 1876 Centennial Exposition. After the exposition, he joined his father-in-law’s stereo card studio, which he purchased in 1878. He operated this studio in partnership with his brother, George, until 1880. From that point into the 20th-C he traveled the world making photographs on commission for numerous groups.  He spent a significant portion of the 1890s doing photographic work for both the Lehigh Valley Railroad and the Pennsylvania Railroad, and published collections of his railroad photos in 1892 and 1900. He was the official photographer for the St. Louis World’s Fair in 1904 and the Lewis and Clark Centennial Exposition in Portland the following year. His work is now included in the collections of several prominent museums, libraries and archives around the world.