Posted on November 2, 2021 by Muriel K, Veep Other News and Events 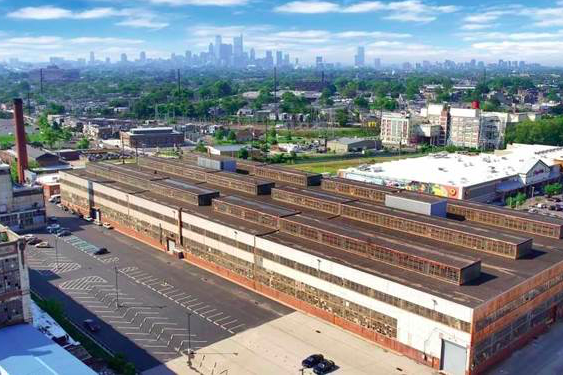 A facility that once fabricated metal products for the automotive and transportation industry central to a bygone era of Philadelphia’s economy, has found a new life as a biomanufacturing center, a key industry for the city’s economic future.The Plymouth Group, which owns the property, has partnered with Centerbridge Partners, L.P. to turn the former Budd Plant in Philadelphia into a facility that will support biomanufacturing efforts of companies across Cellicon Valley. The new site will position Philadelphia as a key lynchpin in biomanufacturing and continue the city’s growth as one of the top biopharma hubs in the United States. 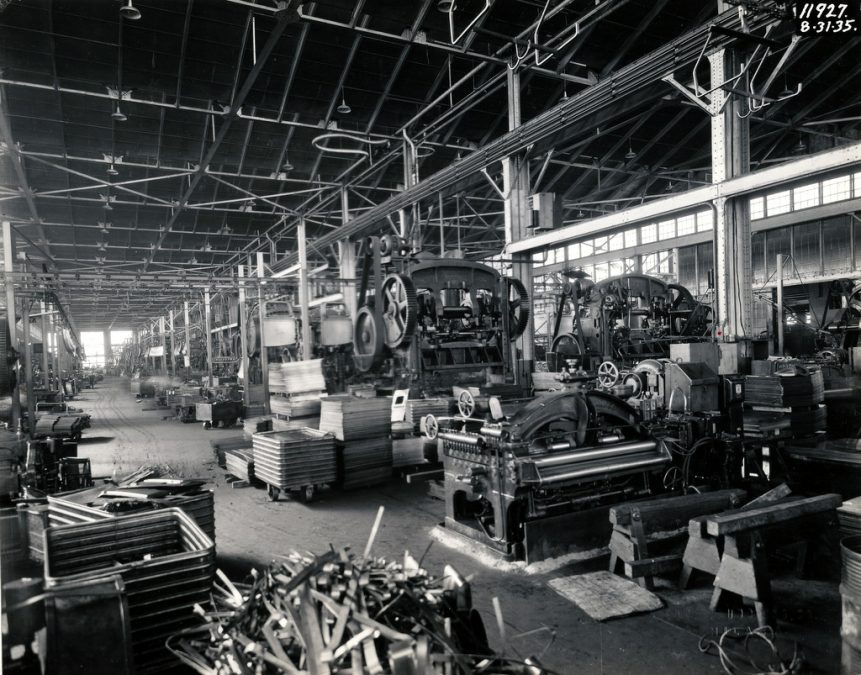 The historic Budd plant will become known as the Budd campus. The first phase of the 2.4M square-foot project includes the 450,000 square-foot Budd Bioworks. It will include 300,000 square feet of cGMP drug manufacturing space along with 150,000 square feet of lab and office space which is expected to become available as soon as the fourth fiscal quarter of 2021. The full scope of the redevelopment encompasses six buildings spread across 25 acres in the City of Philadelphia.  It is conceived as a mixed-use transformation with residences, restaurants, and retail space complementing the Budd Bioworks once complete.

The former Budd Company plant is located between Philadelphia’s Center City and the suburbs. The Budd Company began operations in Philadelphia in the 1920s, fabricating metal for multiple automobile companies, including General Motors, Buick, Ford, and Dodge. The Budd Company plant operated for decades until the plant was shuttered as imported automobiles began to dominate the market. It sat dormant for years, with multiple proposals to turn the property into a casino or mixed-use site. In 2019, the vacant building and campus were acquired by Plymouth Group, which set the stage for the Budd plant’s latest mission.

Michael Davis, the founding partner of Plymouth Group, touted the transition of the Budd plant from an automotive-focused facility to one designed to support the biomanufacturing community. He said few things ”capture the spirit of transformative change” in a city like the repurposing of a facility. He said the Budd plant will transition from making metal car parts one stamping machine at a time to building a state-of-the-art cell and gene manufacturing facility in the heart of the community.

”This won’t be known anymore as the ‘former’ Budd assembly plant. It will be the world’s leading biomanufacturing facility,” Davis said.

The investment into the rehabilitation and transformation of the Budd plant comes at a time when the biopharma industry in Philadelphia is seeing significant growth. Genetic Engineering & Biotechnology News (GEN) placed Philadelphia in the seventh out of 10 top biopharma markets. In the overall rankings, the greater Philadelphia area took sixth in venture capital funding, secured the seventh place spot in jobs and lab space, and eighth place in funding from the National Institutes of Health.

Philadelphia is home to more than 25 different cell and gene therapy companies, as well as outstanding research institutes, such as the University of Pennsylvania. In all, there are approximately 5,000 life sciences employees in the city and that could grow due to new manufacturing facilities like Budd Bioworks, Discovery Labs suburban Philadelphia campus, as well as training facilities like the Jefferson Institute of Bioprocessing. Approximately 409 drugs are currently in development within Philadelphia and 105 funding events have been completed so far this year that total approximately $4.48 billion.

Joseph Fetterman, head of the Colliers Life Sciences practice group in the Philadelphia market, said being able to deliver a tenant-ready biomanufacturing space in Philadelphia is crucial for the city to compete as a rapidly expanding and maturing market in this space. He said Budd Bioworks will become a preeminent facility in the Mid-Atlantic market.

The unique ability of Budd to expand through subsequent phases will provide opportunities for biomanufacturing tenants to grow along with them.” Fetterman said in a statement. “Budd Bioworks will enable us to support an end-to-end solution right here in Philadelphia.”

Davis added that Budd Bioworks will benefit from its proximity to academic research taking place at the University of Pennsylvania and elsewhere, as well as a rapidly evolving biopharmaceutical culture in the city that he said is ”unmatched and full of wonderful potential for transformative change.”

Alex Keown is a freelance journalist who writes about a variety of subjects including the pharma, biotech, and life science industries. Prior to freelancing, Alex has served as a staff writer and editor for several publications.

This link show the extent of the plant complex in Nicetown.
https://www.phillyvoice.com/budd-company-plant-north-philadelphia-tioga-colliers-plymouth-group

Here is a link to the Budd Plant in the Workshop of the World publication produced by the Oliver Evans Chapter.
https://www.workshopoftheworld.com/nicetown/budd.html