To order browse the available titles and send an email to the Oliver Chapter publications office with the subject header: BOOK SALES at: tabradyjr43@gmail.com

Payment must accompany the order including the applicable handling and first class postage to 48 contiguous US states. Volume discounts (10+) available.

The Young Mill-Wright and Miller’s Guide (1795)
by Oliver Evans
Facsimile reprint of the first edition published in 1795, with an introduction by Eugene S. Ferguson, noted authority on Evans and his inventions.
472 pages, 265 plates, including two fold-outs.

In this revolutionary book, Oliver Evans proposed inventions and devices designed to fully automate and streamline the operation of flour mills. Written in plain language with easily understood plates, it became one of the most heavily used technical handbooks of the entire nineteenth century. This reprint of the first edition faithfully reproduces the original high-quality drawings, including two fold-out plates.
Oliver Evans Press, 1990 | $30 + $4 postage 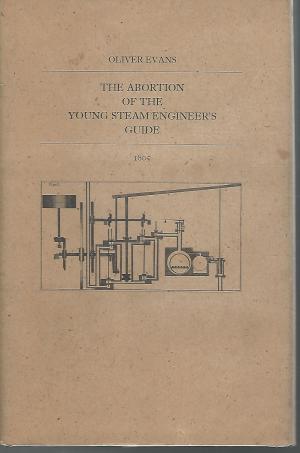 The Abortion of the Young Steam Engineer’s Guide (1805)
by Oliver Evans
Facsimile reprint of the first and only edition, published in 1805, with an introduction by Eugene S. Ferguson, noted authority on Evans and his inventions.
159 pages, 4 plates. 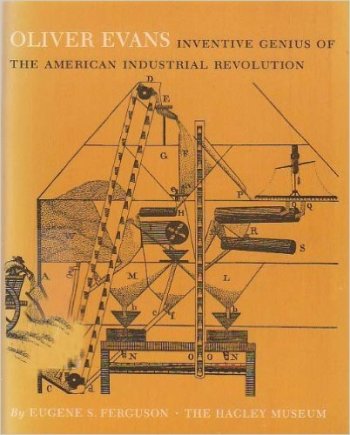 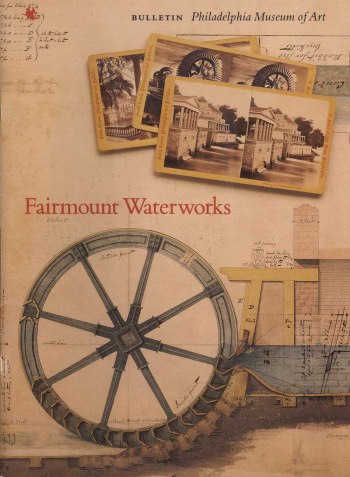 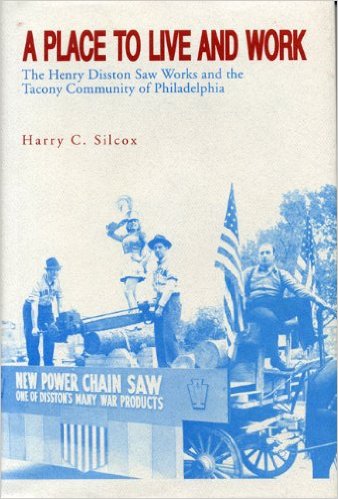 A Place to Live and Work—The Henry Disston Saw Works and the Tacony Community of Philadelphia
by Harry C. Silcox

The remarkable story of Henry Disston’s saw manufacturing company and the factory town he built. Using original letter books, shop committee meeting notes, photographs and a wealth of other documents, Silcox provides a rare view of the rise and fall of one of America’s largest family owned businesses. He also describes the company’s interdependence with Disston’s paternalistic neighborhood of Tacony.
Penn State Press (1994) |  $28 + $4 postage. 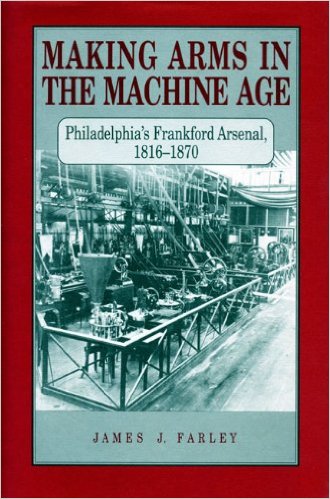 Traces the growth and development of the United States Arsenal at Frankford, PA, from its origin in 1816 to 1870. During this period, the arsenal evolved from a small post where skilled workers han d-produced small-arms ammunition to a full-scale industrial complex employing a large civilian workforce. Farley uses the history of the arsenal to examine larger issues, including the changing technology of early nineteenth century warfare, the impact of new technology on the United States Army, and the reactions of workers and their families and communities to the coming of industrialization.
Penn State Press (1994) | $25 + $4 postage

Oliver Evans Letter to Samuel Huntington, Ohio Governor, 1810
& Improvements on the Art of Manufacturing Grain into Flour or Meal
by Oliver Evans
Reprint of 1791 broadside, enlarged to 23″ x 19″. Both items packaged together.
$5 + $5 postage

“Workshop of the World” was the proud claim of Philadelphia’s industries and manufacturers for close to a century after the Civil War. During these years, the city’s many neighborhoods supported hundreds of mills and factories which gave it a diversity of production that was unmatched anywhere in the world. Workshop of the World reflects on some of Philadelphia’s industries by examining the city on a neighborhood by neighborhood basis; it then provides examples of some of the industries found across the city. The range of sites is diverse, indicating the variety of industries that once existed in Philadelphia.
Oliver Evans Press (1990) | $25 + $4 postage